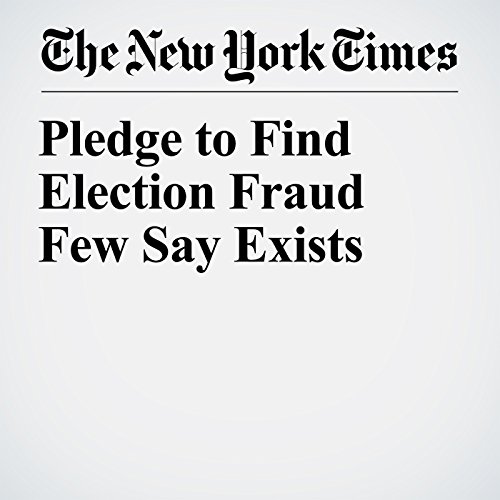 President Donald Trump intends to move forward with a major investigation of voter fraud that he says cost him the popular vote, White House officials said Wednesday, despite bipartisan condemnation of his allegations and the conclusion of Trump’s own lawyers that the election was “not tainted.”

"Pledge to Find Election Fraud Few Say Exists" is from the January 26, 2017 U.S. section of The New York Times. It was written by Michael D. Shear and Peter Baker and narrated by Fleet Cooper.