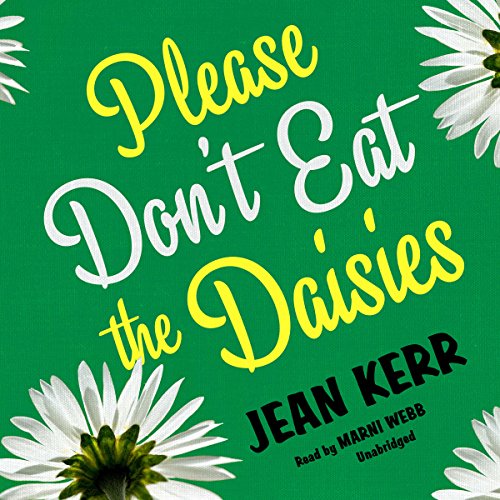 This collection of essays observes the perils of motherhood, wifehood, selfhood, and other assorted challenges. Since its publication in 1957, it has sold millions of copies and has been adapted into a Broadway play, a film, a TV series, and now an audiobook. Jean Kerr's parodies of the clichéd 1950s prescription for glamorous or maternal feminine behavior still resonate today as we enter the 21st century.

Would you consider the audio edition of Please Don't Eat the Daisies to be better than the print version?

Much worse. Narration is so off I cannot listen. And Jean Kerr is a favorite.

What other book might you compare Please Don't Eat the Daisies to and why?

Dave Barry essays. Funny, smart, domestic. Kerr is less over the top than Barry. Interesting glimpse into life and theater scene in New York in the fifties.

Vaudeville style humor narration -- every slightly funny line is so overemphasized it is like being hit in the face with a pie.

I literally have not been able to listen to even the first essay, the narration is so grating and off.