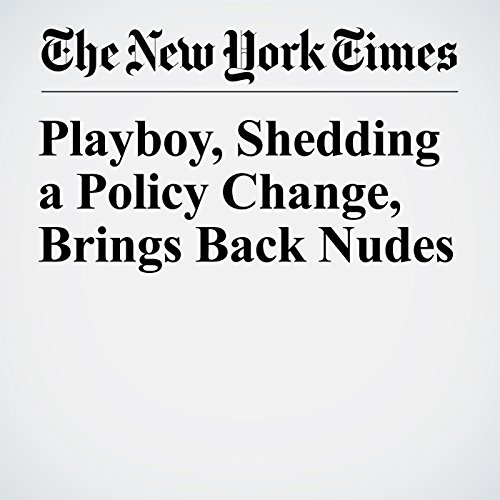 Playboy is returning to the bare essentials. A year after the famed but struggling men’s magazine stopped featuring photographs of naked women, it has apparently had a change of heart. From now on, women will shed much of the scanty clothing that had been covering them up.

"Playboy, Shedding a Policy Change, Brings Back Nudes" is from the February 13, 2017 Business section of The New York Times. It was written by Sydney Ember and narrated by Keith Sellon-Wright.