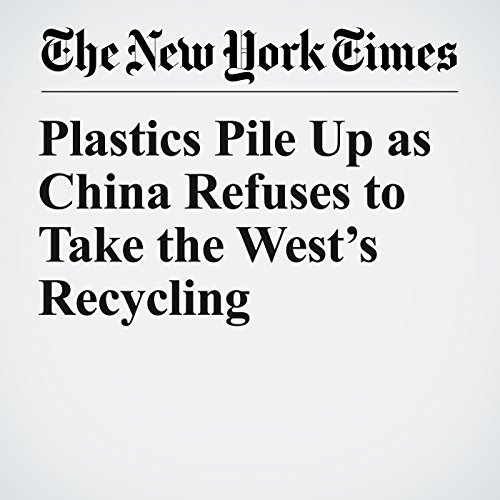 Ever since China announced last year that it no longer wanted to be the “world’s garbage dump,” recycling about half the globe’s plastics and paper products, Western nations have been puzzling over what to do when the ban went into effect, which it did on Jan. 1.

"Plastics Pile Up as China Refuses to Take the West’s Recycling" is from the January 11, 2018 World section of The New York Times. It was written by Kimiko De Freytas Tamura and narrated by Mike DelGaudio.