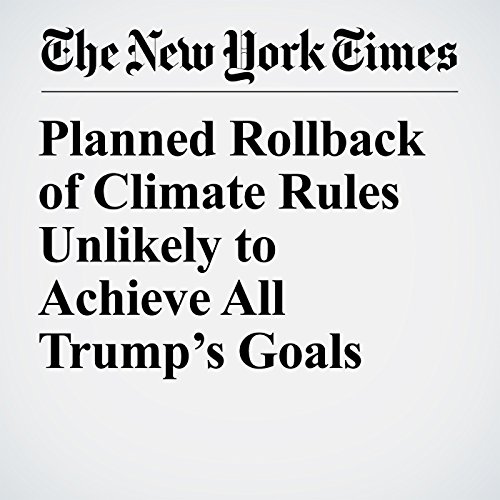 Legal experts say it could take years for the Trump administration to unwind the Clean Power Plan, which itself has not yet been implemented because it has been temporarily frozen by a Supreme Court order.

"Planned Rollback of Climate Rules Unlikely to Achieve All Trump’s Goals" is from the March 27, 2017 U.S. section of The New York Times. It was written by Coral Davenport and narrated by Caroline Miller.