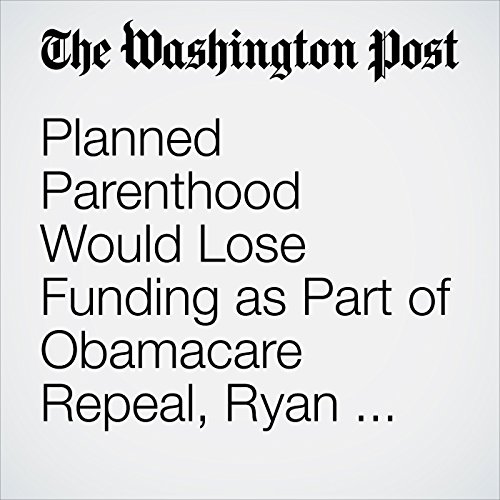 "Planned Parenthood Would Lose Funding as Part of Obamacare Repeal, Ryan Says" is from the January 05, 2017 Politics section of The Washington Post. It was written by Mike DeBonis and narrated by Sam Scholl.