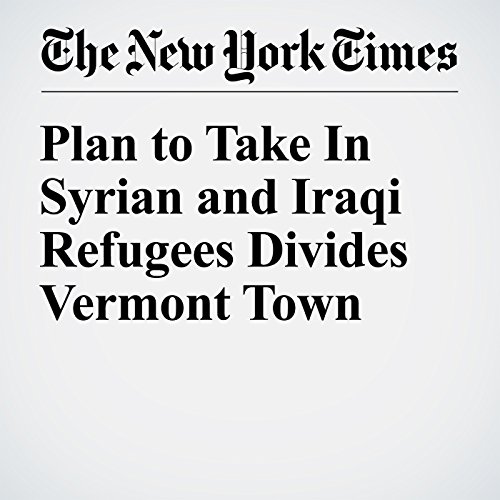 The plan, born in a time of national discord over Muslim immigration and criticism of Syrian refugees by President-elect Donald Trump, has divided the city: An opposition group, Rutland First, sprang up — as did Rutland Welcomes, to collect donated items, help the new arrivals and watch for job openings that might suit them.

But the preparations are unfolding under a cloud of uncertainty, because it is not yet clear whether Trump, as president, will make good on his campaign promise to suspend the resettlement of Syrian refugees in the United States.

"Plan to Take In Syrian and Iraqi Refugees Divides Vermont Town" is from the January 02, 2017 United States section of The New York Times. It was written by Jess Bidgood and narrated by Caroline Miller.