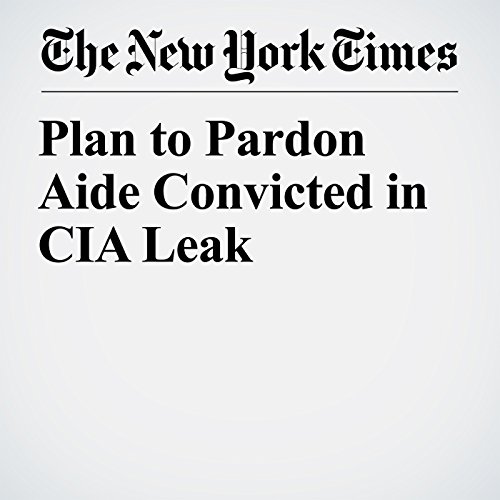 President Donald Trump plans to pardon I. Lewis Libby Jr., who as chief of staff to Vice President Dick Cheney was convicted of perjury in connection with the leak of a CIA officer’s identity, a person familiar with the decision said Thursday.

"Plan to Pardon Aide Convicted in CIA Leak" is from the April 13, 2018 U.S. section of The New York Times. It was written by Peter Baker and Maggie Haberman and narrated by Caroline Miller.