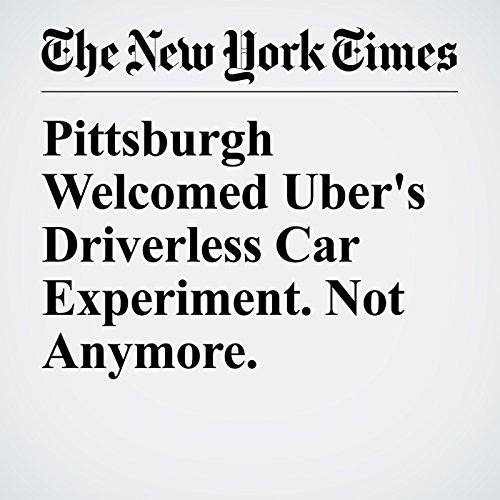 When Uber picked this former Rust Belt town as the inaugural city for its driverless car experiment, Pittsburgh played the consummate host.

"Pittsburgh Welcomed Uber's Driverless Car Experiment. Not Anymore." is from the May 21, 2017 Business section of The New York Times. It was written by Cecilia Kang and narrated by Keith Sellon-Wright.