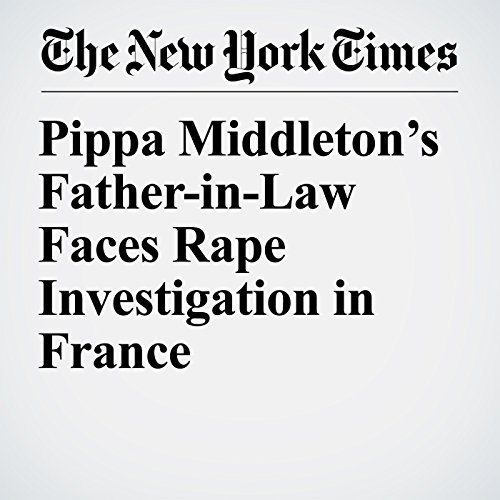 PARIS — A millionaire British hotel owner who is the father-in-law of Pippa Middleton, the sister of the Duchess of Cambridge, is under formal investigation in France over allegations that he raped an underage girl in the 1990s, a French judicial official said.

"Pippa Middleton’s Father-in-Law Faces Rape Investigation in France" is from the March 31, 2018 World section of The New York Times. It was written by Elian Peltier and narrated by Keith Sellon-Wright.