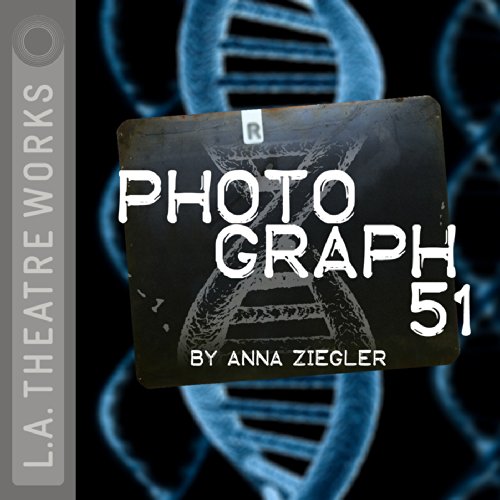 Rosalind Franklin was a gifted research scientist who was part of the race to uncover the secrets of DNA in the 1950’s. Her more famous contemporaries Watson and Krick took all the kudos for the discovery of the molecule’s double helix structure – yet it was Franklin’s skill with X-ray diffraction that first uncovered what’s called “the secret of life”.

Also includes and interview with Dr Pamela Björkman, the Max Delbruck Professor of Biology at the California Institute of Technology, and an Investigator at the Howard Hughes Medical Institute.

Photograph 51 is part of L.A. Theatre Works’ Relativity Series featuring science-themed plays. Major funding for the Relativity Series is provided by the Alfred P. Sloan Foundation to enhance public understanding of science and technology in the modern world."

Anna Ziegler's play investigates the critical role played by British scientist Rosalind Franklin in the discovery of the DNA double helix, even as the findings were attributed to James Watson and Francis Crick. Ziegler shows the importance of the titular photo, taken by Franklin, in allowing the men their breakthrough, and portrays Franklin as a brilliant and fastidious scientist. The LA Theatre Works cast of Matthew Arkin, Maxwell Caulfield, Miriam Margoyles, John Matthews, Darren Richardson, and Nick Toren skillfully navigate Ziegler's shifting narrative structure, and Margoyles gives Franklin a headstrong steadfastness that makes her a truly compelling figure.