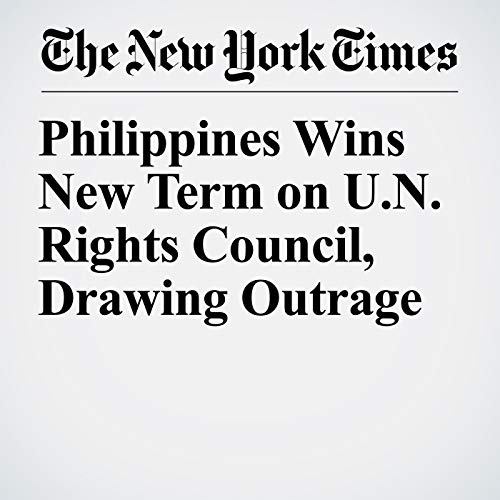 MANILA, Philippines — The Philippines has won another term on the U.N. Human Rights Council, a move condemned by international groups and officials as “unconscionable” but praised by Philippine officials as a “vindication” for a nation maligned around the world for President Rodrigo Duterte’s brutal drug war.

"Philippines Wins New Term on U.N. Rights Council, Drawing Outrage" is from the October 13, 2018 World section of The New York Times. It was written by Jason Gutierrez and narrated by Keith Sellon-Wright.