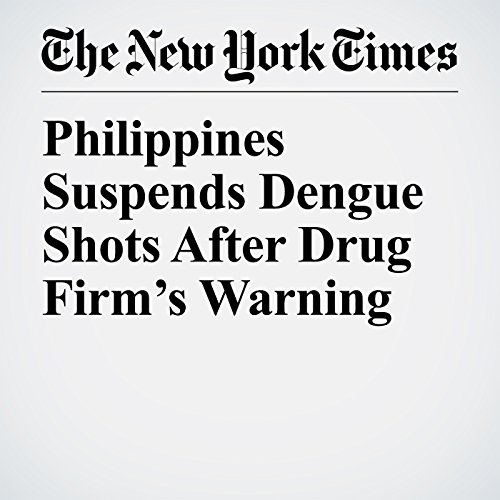 The Philippines suspended its school-based dengue immunization program on Friday after the French pharmaceutical giant Sanofi warned that its flagship vaccine, Dengvaxia, had been found to pose health risks in people not previously infected.

"Philippines Suspends Dengue Shots After Drug Firm’s Warning" is from the December 01, 2017 World section of The New York Times. It was written by Felipe Villamor and narrated by Barbara Benjamin-Creel.