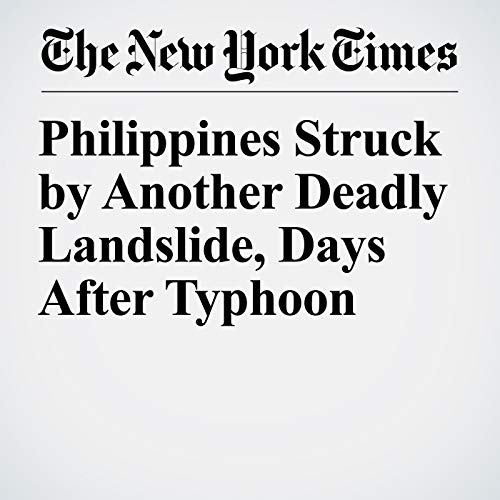 Philippines Struck by Another Deadly Landslide, Days After Typhoon

MANILA, Philippines — A landslide struck a village in the central Philippines on Thursday, burying up to 25 homes and killing at least 12 people. Officials said heavy rains in the days since Typhoon Mangkhut hit the country had contributed to the disaster.

"Philippines Struck by Another Deadly Landslide, Days After Typhoon" is from the September 20, 2018 World section of The New York Times. It was written by Felipe Villamor and narrated by Kristi Burns.