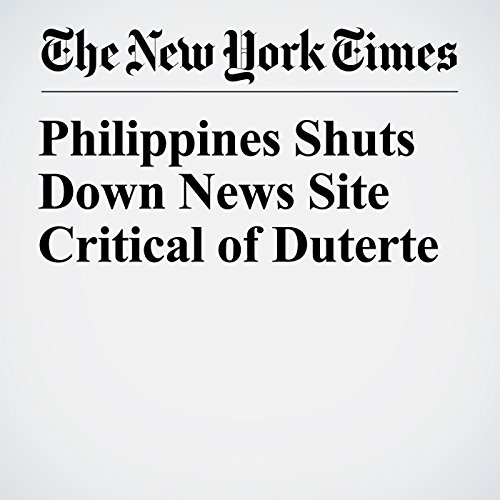 The Philippines ordered the closing Monday of an independent online news site that has been critical of President Rodrigo Duterte’s administration, prompting protests from industry groups who called the move an attack on press freedom.

"Philippines Shuts Down News Site Critical of Duterte" is from the January 15, 2018 World section of The New York Times. It was written by Felipe Villamor and narrated by Kristi Burns.