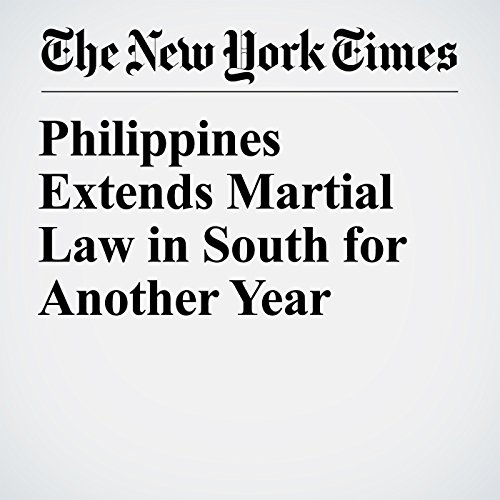 The Philippine Congress on Wednesday approved a request from President Rodrigo Duterte to extend martial law on the southern island of Mindanao for another year, which the president said was needed to fight armed groups there.

"Philippines Extends Martial Law in South for Another Year" is from the December 13, 2017 World section of The New York Times. It was written by Felipe Villamor and narrated by Keith Sellon-Wright.