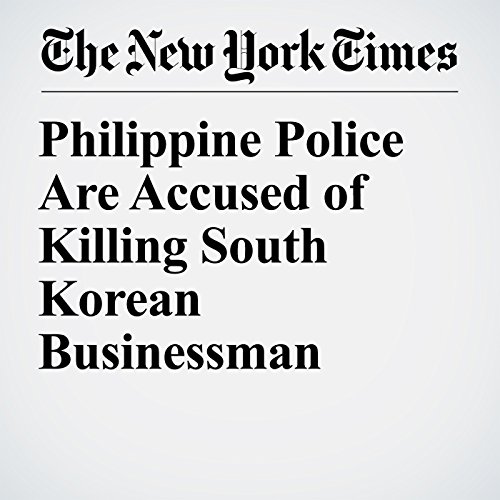 A South Korean businessman was strangled at the headquarters of the Philippine National Police last year by officers who later extorted ransom money from his family under the pretense that he was alive, the Philippine Department of Justice said Thursday.

"Philippine Police Are Accused of Killing South Korean Businessman" is from the January 19, 2017 World section of The New York Times. It was written by Felipe Villamor and narrated by Fleet Cooper.