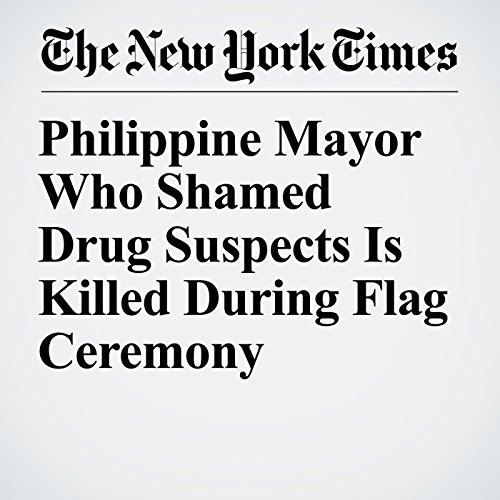 MANILA — A mayor in the Philippines known for parading drug suspects through his town was fatally shot during a flag-raising ceremony Monday morning, police said.

"Philippine Mayor Who Shamed Drug Suspects Is Killed During Flag Ceremony" is from the July 02, 2018 World section of The New York Times. It was written by Felipe Villamor and narrated by Kristi Burns.