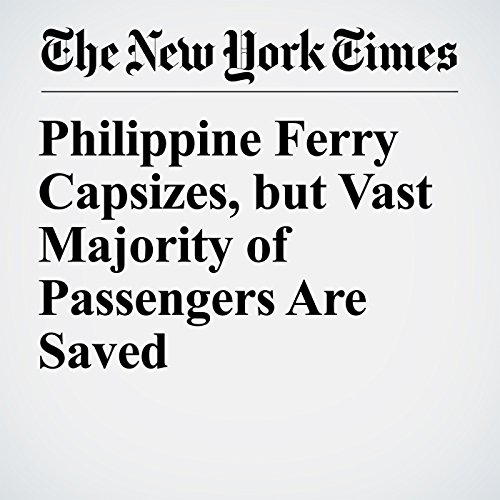 At least four people died when a ferry capsized in the Philippines on Thursday morning, renewing concerns about maritime safety in the archipelagic nation. By evening, 240 of the 251 people who were aboard the vessel, the Mercraft 3, had been rescued, according to the Philippine Office of Civil Defense. Seven people were still unaccounted for.

"Philippine Ferry Capsizes, but Vast Majority of Passengers Are Saved" is from the December 21, 2017 World section of The New York Times. It was written by Hannah Beech and narrated by Keith Sellon-Wright.