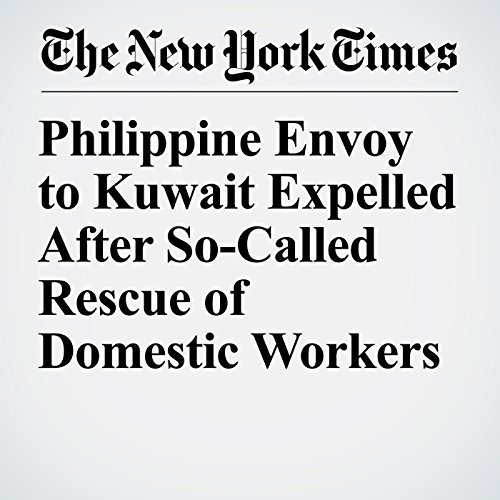 MANILA, Philippines — Tensions between Kuwait and the Philippines have been further inflamed after a mounting dispute over the treatment of Filipino workers in the oil-rich Arab state resulted in the expulsion of the Philippine ambassador this week.

"Philippine Envoy to Kuwait Expelled After So-Called Rescue of Domestic Workers" is from the April 26, 2018 World section of The New York Times. It was written by Felipe Villamor and narrated by Kristi Burns.