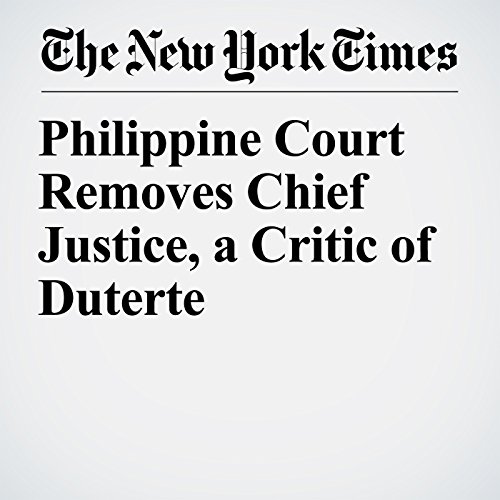 MANILA — The Philippines’ highest court Friday forced out its chief justice, removing a fierce critic of President Rodrigo Duterte and his brutal war against drugs, which has left thousands dead.

"Philippine Court Removes Chief Justice, a Critic of Duterte" is from the May 11, 2018 World section of The New York Times. It was written by Felipe Villamor and narrated by Barbara Benjamin-Creel.