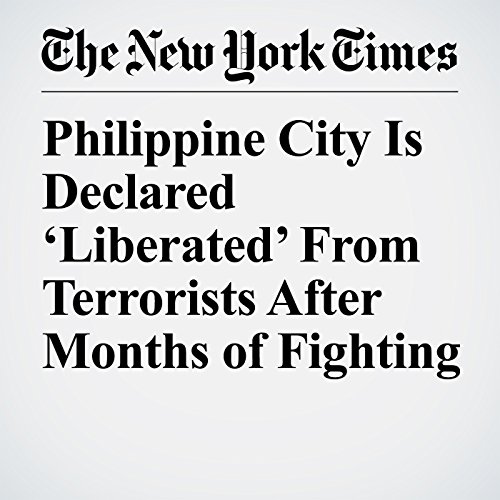 "Philippine City Is Declared ‘Liberated’ From Terrorists After Months of Fighting" is from the October 17, 2017 World section of The New York Times. It was written by Felipe Villamor and narrated by Keith Sellon-Wright.