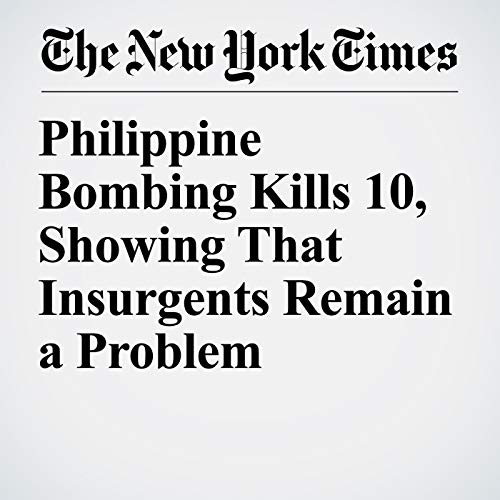 MANILA, Philippines — Militants detonated a car bomb at a military checkpoint Tuesday in the southern Philippine island of Basilan, killing at least 10 people in a brazen attack that underscored the continuing insurgent threat in the southern part of the country.

"Philippine Bombing Kills 10, Showing That Insurgents Remain a Problem" is from the July 31, 2018 World section of The New York Times. It was written by Felipe Villamor and narrated by Keith Sellon-Wright.