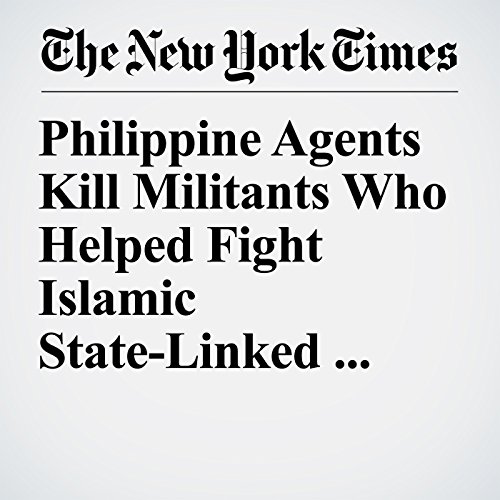 MANILA, Philippines — Nine militants from a group that helped the Philippine army hunt down Islamic State-linked fighters in the country’s south have been killed in a firefight with police, their colleagues said Monday.

"Philippine Agents Kill Militants Who Helped Fight Islamic State-Linked Forces" is from the May 28, 2018 World section of The New York Times. It was written by Felipe Villamor and narrated by Kristi Burns.