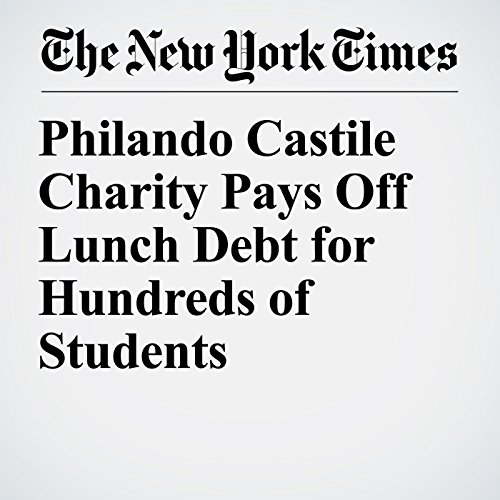 Before Philando Castile became a household name in July 2016, when his deadly encounter with a Minnesota police officer was streamed live on Facebook, students at J.J. Hill Montessori Magnet School knew him simply as Mr. Phil. He was the school nutrition worker who often swooped in to pay for their lunches when they could not afford them.

"Philando Castile Charity Pays Off Lunch Debt for Hundreds of Students" is from the March 05, 2018 U.S. section of The New York Times. It was written by Matthew Haag and narrated by Kristi Burns.