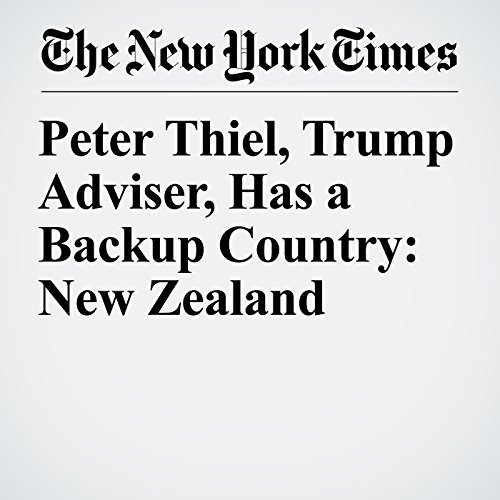 Peter Thiel is a billionaire, the biggest Donald Trump supporter in Trump-hating Silicon Valley and, above all, someone who prides himself on doing the opposite of what everyone else is doing.

So it makes perfect sense that right after Trump proclaimed that “the bedrock of our politics will be a total allegiance to the United States of America,” Thiel was revealed to have become in 2011 a citizen of a small country on the other side of the world: New Zealand.

"Peter Thiel, Trump Adviser, Has a Backup Country: New Zealand" is from the January 25, 2017 Business section of The New York Times. It was written by David Streitfeld and Jacqueline Williams and narrated by Caroline Miller.