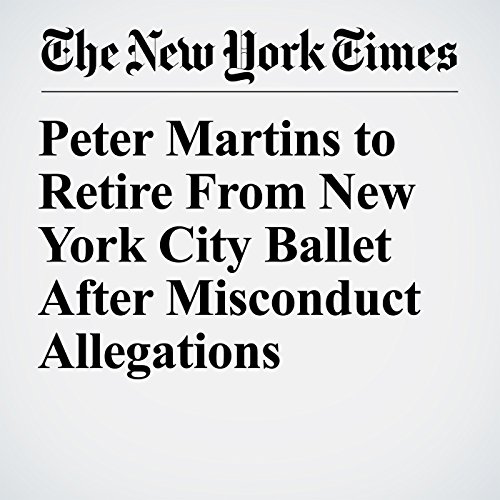 After accusations of sexual harassment and physical and verbal abuse, Peter Martins, the powerful leader of New York City Ballet who shaped the company for more than three decades, has decided to retire.

"Peter Martins to Retire From New York City Ballet After Misconduct Allegations" is from the January 01, 2018 Entertainment section of The New York Times. It was written by Robin Pogrebin and narrated by Kristi Burns.