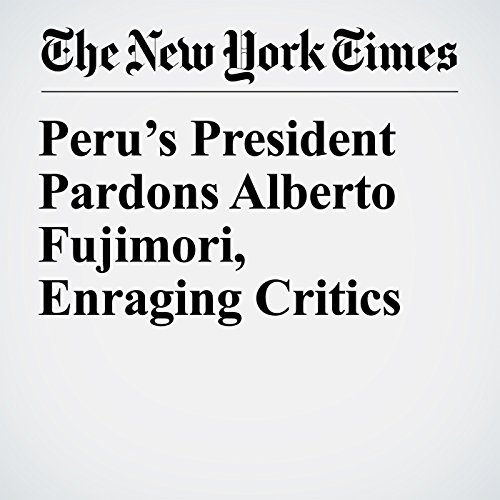 Alberto Fujimori, who as Peru’s leader in the 1990s revived the economy and crushed two violent leftist insurgencies, but was forced out in a corruption scandal and later imprisoned for human-rights abuses, received a medical pardon on Sunday night, a decision that prompted an outcry across the Andean nation.

"Peru’s President Pardons Alberto Fujimori, Enraging Critics" is from the December 24, 2017 World section of The New York Times. It was written by Andrea Zarate and Sewell Chan and narrated by Kristi Burns.