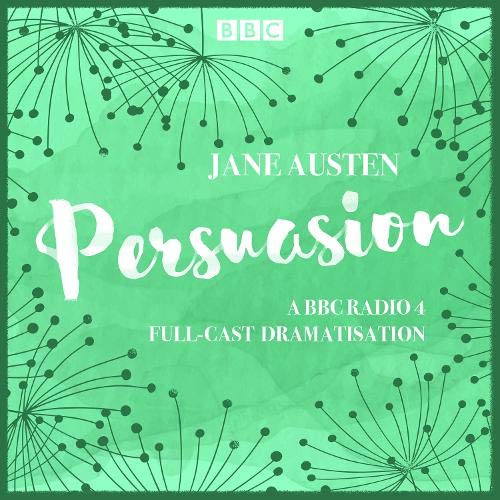 BBC Audio presents Persuasion, Jane Austen's last novel. Anne Elliot had never forgotten the personable Captain Wentworth, who reappears in Anne Elliot's life several years after she had been persuaded to break off their engagement.

He makes no secret of his angry indignation. Newly wealthy from success at sea, a marriage with Frederick Wentworth could walk Anne and her entire family back from the brink of financial ruin. Can Wentworth forgive and can the couple reunite?

a wonderful adaptation of persuasion,

by far my favorate adaptation of persuasion, orginaly from the BBC woman's hour collection , unfortunately
this is the only one of the 6 orginal box set that is currently available through audible