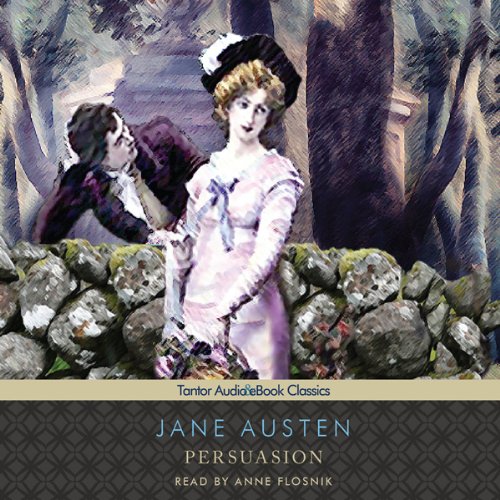 Jane Austen's final novel is the story of Anne Elliot, a woman who gets a second chance. As a teenager she becomes engaged to a man who seems perfect for her, Frederick Wentworth. But she is persuaded to break the engagement off by her friend, Lady Russell, who believes that he is too poor to be a suitable match. The episode plunges Anne into a period of bleak disappointment.

Eight years later, Frederick returns from the Napoleonic Wars flushed with success. Anne's circumstances have also changed; her father's spendthrift ways mean he has been forced to lease the family home to a naval family. Will Anne and Frederick rediscover their love? Can their changed fortunes inhibit their feelings?

Persuasion is a story of self-knowledge and personal regeneration, of social change and emotional politics. It is Austen's most mature work, and also her most wickedly satirical.

Spreading "Purification and Perfume" in Bath

Anne Elliot is an intelligent, well-read, sensible, kind, and appealing Jane Austen heroine. Her vain, snobbish, and foolish family is woefully unworthy of her and takes her for granted. Eight years before the novel begins, Anne was persuaded to break off her engagement with one Frederick Wentworth, a handsome young naval officer, because he had no money or family name. As the novel opens, her father's lavish lifestyle has put Anne's family in such dire financial straits that they must rent out their estate and relocate to cheaper lodgings in Bath, which initiates a chain of events by which Wentworth, now a wealthy captain, re-enters Anne's life. But what about that gentlemanly widower cousin of Anne's who wants to marry her?

If you've read other Austen novels, you may guess the what will happen in Persuasion and find resemblances between it and her other works: middle-class or upper-class family dramas about marriages and money starring emotional heroines who are more sensible than the people around them. And I can't help but feel that the role played in Persuasion by Anne's rheumatic widow friend Mrs. Smith is a little too convenient.

Regardless of the degree to which Austen is writing her usual story in Persuasion, however, her prose is a delicious delight, especially when read by Ann Flosnik. Her voice, slightly nasal and deep, warmly sympathetic and amused, and ever clear and expressive, is perfectly suited to Austen's witty and empathetic delineation of the foibles and devotions of the British middle and upper class. And there are many great lines, as when a naval officer mentions the examples in literature of the fickle nature of women's hearts, so Anne replies, "Men have had every advantage of us in telling their own story. Education has been theirs in so much higher a degree; the pen has . . . been in their hands. I will not allow books to prove anything."

Persuasion is a funny and moving novel, with plenty of interesting thoughts on gender, class, love, and family.

The story itself is fine elegiac and satisfying. It is beautifully read, and I enjoyed it throughly and quickly, I could hardly put it down.