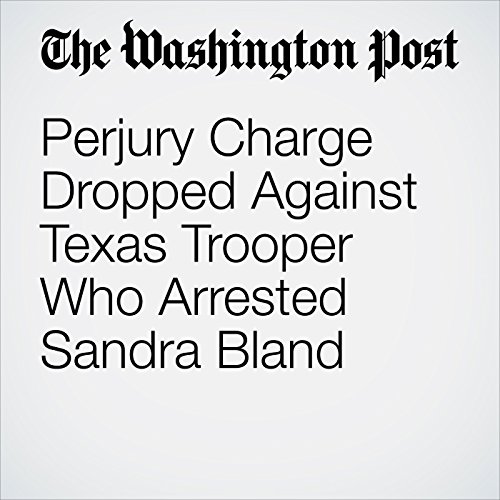 At the request of prosecutors, a judge on Wednesday dismissed the only criminal charge against the former Texas state trooper who arrested Sandra Bland, a 28-year-old black woman who was found hanging in a Texas jail in 2015. Her death set off national protests.

"Perjury Charge Dropped Against Texas Trooper Who Arrested Sandra Bland" is from the June 29, 2017 National section of The Washington Post. It was written by Samantha Schmidt and narrated by Caroline Miller.