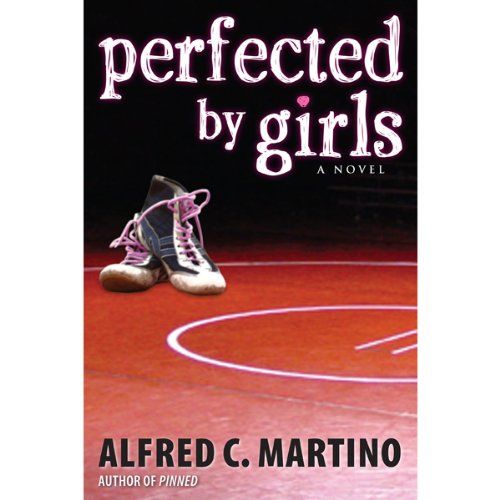 She's the lone girl on the Ashton High wrestling team, grappling with opponents who refuse to compete against her, a few who want to crush her, and a coach who's less-than-pleased having a female in his practice room. At home, Mel's parents forbid her from seeing her new boyfriend, her grandmother insists she start preparing for her future by taking a dready office internship, and her infuriating older brother, who's the varsity team captain, flirts with her best friend, Jade.

Just when it seems things can't get any more complicated, an off-handed comments puts Mel at odds with her teammates, her brother, and, worst of all, her coach.

But through a strange twist of tragedy and fate, Mel is given an unexpected opportunity to accomplish something no girls in her school's history has ever done - something that just may redeem herslef in the eyes of her detractors. But is she strong enough to handle the pressure?

Author Alfred C. Martino has written two highly-acclaimed sports novels, Over The end Line and the Jr. Library Guild Selection and 'Best Books For Young Adults' nominee, Pinned. Narrator Jen Taylor is a regional actress based in Seattle, WA. She has voiced nearly thirty audiobooks, received several AudFile awards and was nominated for an Audie Award in 2008, 2009 and 2012.

What a great book. I am a teacher and father and I am going to recommend this book to my kids and students .

loved it!! just wish I could omit the sex type scenes for my young middle schooler 6th grade daughter