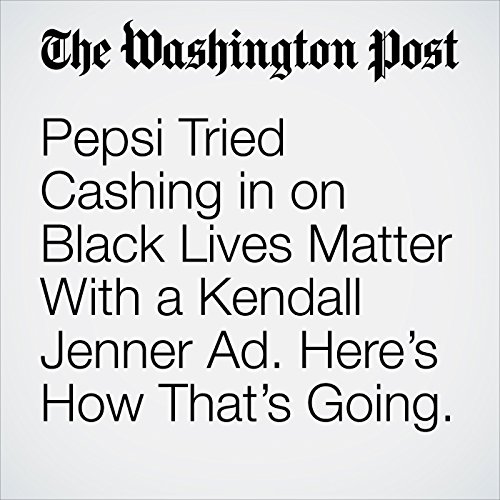 Jenner’s role in the commercial echoes the iconic photograph of Ieshia Evans, the black woman in a flowing sundress who stood facing riot police in Baton Rouge while protesting the shooting death of Alton Sterling. Except Jenner is white. And wealthy. Daughter of one of the most superficial families in Hollywood who has not, on reality television or social media anyway, put her life on the line to protest any of the issues being highlighted by Black Lives Matter.

"Pepsi Tried Cashing in on Black Lives Matter With a Kendall Jenner Ad. Here’s How That’s Going." is from the April 05, 2017 Entertainment section of The Washington Post. It was written by Tracy Jan and narrated by Jenny Hoops.