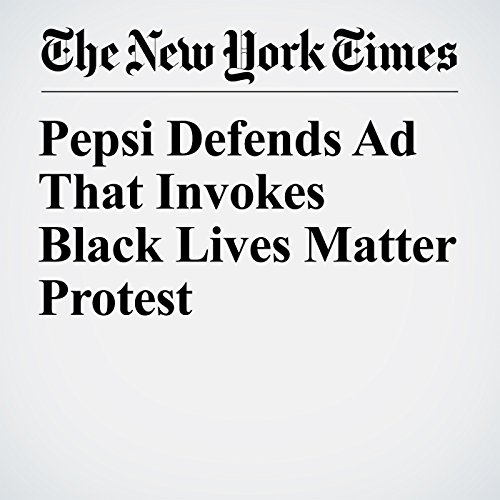 A new commercial from the soda company borrowed imagery from the Black Lives Matter movement and drew near immediate criticism online from people who said it trivialized the widespread protests against the killings of black people by police.

"Pepsi Defends Ad That Invokes Black Lives Matter Protest" is from the April 05, 2017 Business section of The New York Times. It was written by Daniel Victor and narrated by Keith Sellon-Wright.