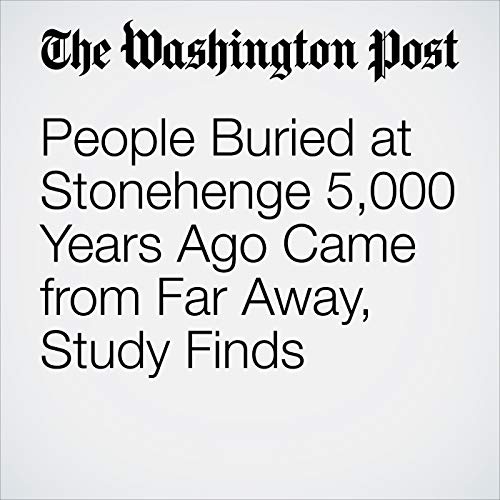 The mysterious assemblage of 25-ton rocks at Stonehenge usually steals the show. But the ground beneath the stones holds secrets, too — 5,000 years ago, this patch of land in Wiltshire, in southern England, was a burial place. And some of the ancient human remains found at Stonehenge have unusually distant origins, according to a new archaeological study of cremated bones published Thursday in the journal Scientific Reports.

"People Buried at Stonehenge 5,000 Years Ago Came from Far Away, Study Finds" is from the August 02, 2018 World section of The Washington Post. It was written by Ben Guarino and narrated by Jenny Hoops.