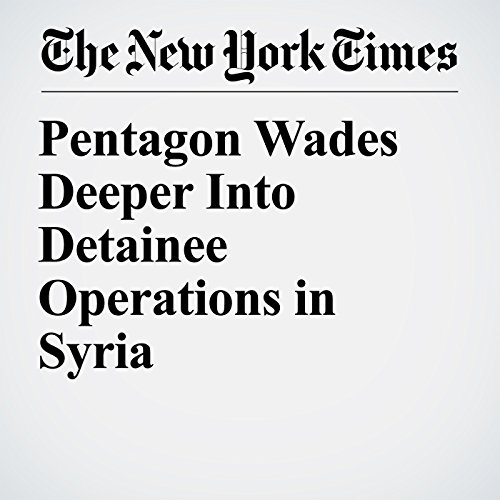 The U.S. military is spending about $1 million to help detain thousands of Islamic State fighters and their family members in makeshift camps run by Kurdish militias in northern Syria, pulling the Pentagon deeper into the war zone detention operations it has sought to avoid.

"Pentagon Wades Deeper Into Detainee Operations in Syria" is from the April 05, 2018 U.S. section of The New York Times. It was written by Eric Schmitt and narrated by Keith Sellon-Wright.