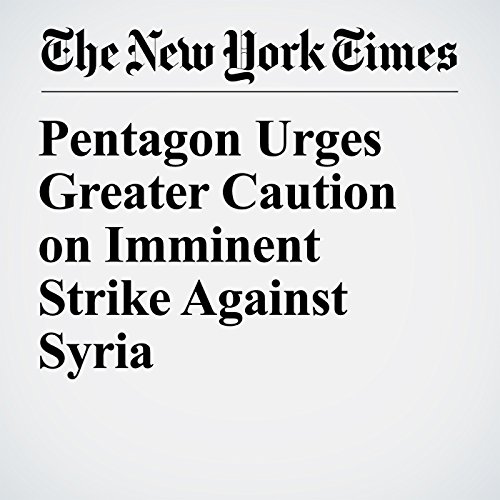 Defense Secretary Jim Mattis sought on Thursday to slow down an imminent strike on Syria, reflecting mounting concerns at the Pentagon that a concerted bombing campaign could escalate into a wider conflict between Russia, Iran and the West.

"Pentagon Urges Greater Caution on Imminent Strike Against Syria" is from the April 12, 2018 World section of The New York Times. It was written by Helene Cooper, Thomas Gibbons Neff and Peter Baker and narrated by Mike DelGaudio.