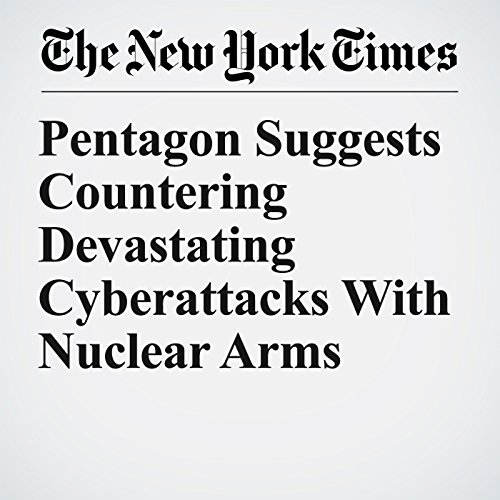 A newly drafted U.S. nuclear strategy that has been sent to President Donald Trump for approval would permit the use of nuclear weapons to respond to a wide range of devastating but non-nuclear attacks on U.S. infrastructure, including what current and former government officials described as the most crippling kind of cyberattacks.

"Pentagon Suggests Countering Devastating Cyberattacks With Nuclear Arms" is from the January 17, 2018 World section of The New York Times. It was written by David E. Sanger and William J. Broad and narrated by Kristi Burns.