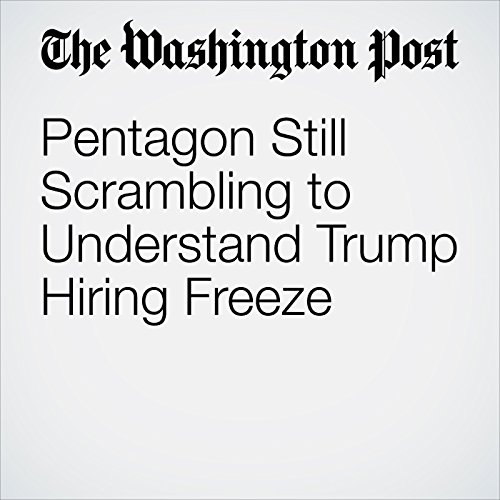 The confusion comes from the language in the memorandum, which clearly exempts “military personnel.” The Pentagon can continue to commission active-duty service members. But DoD officials say they still do not know whether the civilian workforce, which makes up about 35 percent of the 2.1 million civil servants in the federal government, also is considered “military personnel” and thus can continue hiring.

"Pentagon Still Scrambling to Understand Trump Hiring Freeze" is from the January 24, 2017 Politics section of The Washington Post. It was written by Lisa Rein and narrated by Sam Scholl.