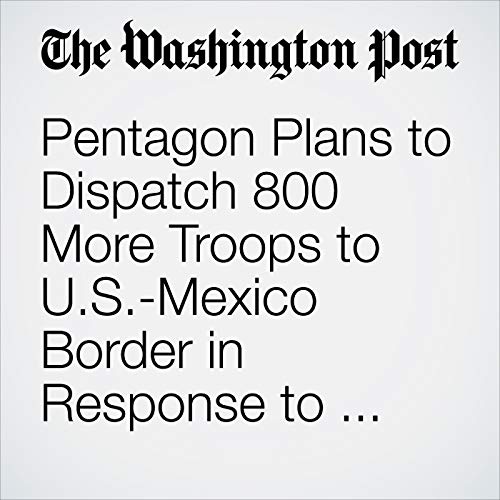 The Trump administration is expected to deploy additional U.S. troops to assist in security operations at the southern border in response to a caravan of migrants traveling north on foot through Mexico, three U.S. officials confirmed Thursday.

"Pentagon Plans to Dispatch 800 More Troops to U.S.-Mexico Border in Response to Migrant Caravan" is from the October 25, 2018 Politics section of The Washington Post. It was written by Dan Lamothe and David Nakamura and narrated by Sam Scholl.