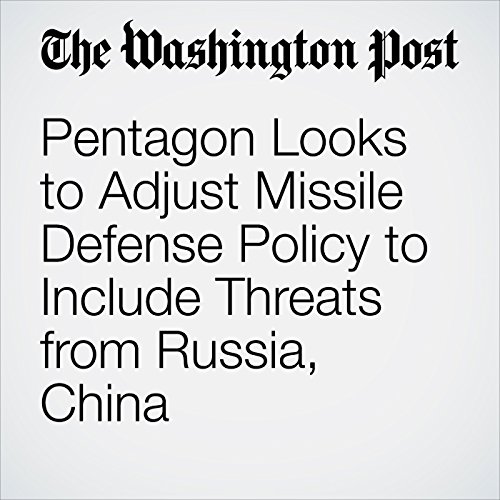 The Trump administration is working on an expanded U.S. missile defense policy that would address certain threats from Russia and China, departing from a previous strategy that focused nearly exclusively on rogue nations such as North Korea and Iran.

"Pentagon Looks to Adjust Missile Defense Policy to Include Threats from Russia, China" is from the March 02, 2018 National section of The Washington Post. It was written by Paul Sonne and narrated by Jenny Hoops.