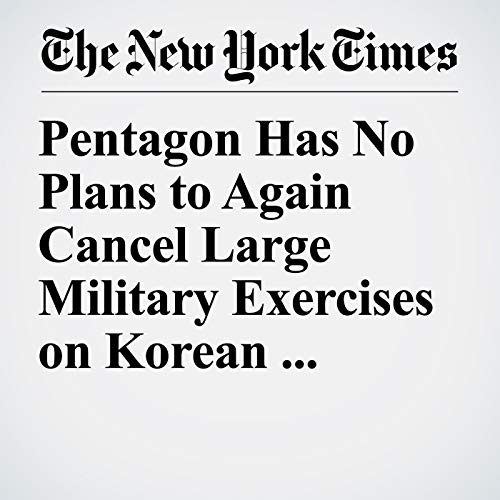 The Pentagon has no plans to suspend additional joint military exercises on the Korean Peninsula, Defense Secretary Jim Mattis said Tuesday, in another indication that the diplomatic thaw between Washington and Pyongyang may be in trouble.

"Pentagon Has No Plans to Again Cancel Large Military Exercises on Korean Peninsula" is from the August 28, 2018 U.S. section of The New York Times. It was written by Thomas Gibbons Neff and Helene Cooper and narrated by Kristi Burns.