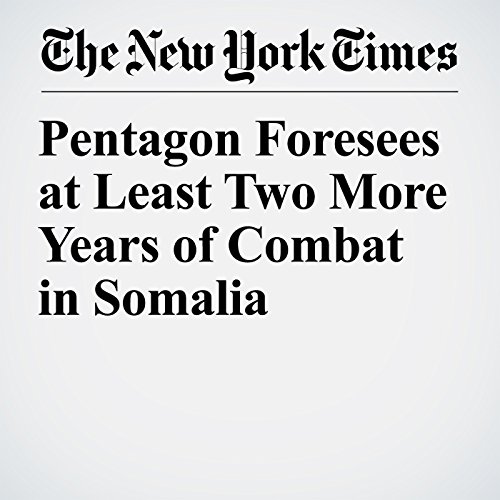 Amid its escalating campaign of drone strikes in Somalia, the Pentagon has presented the White House with an operational plan that envisions at least two more years of combat against Islamist militants there, according to U.S. officials familiar with internal deliberations.

"Pentagon Foresees at Least Two More Years of Combat in Somalia" is from the December 10, 2017 World section of The New York Times. It was written by Charlie Savage and Eric Schmitt and narrated by Keith Sellon-Wright.