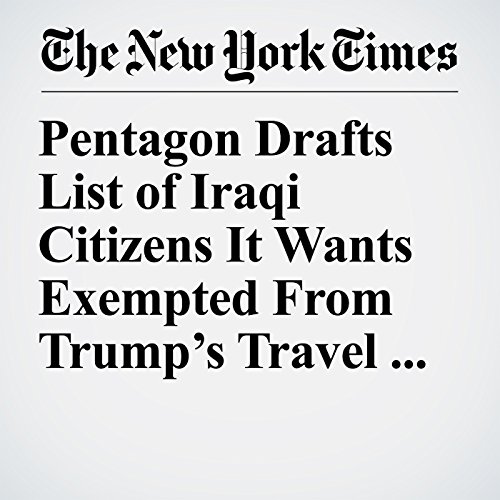 Defense Secretary Jim Mattis plans to send the White House a list of Iraqi citizens who have served with U.S. forces with the recommendation that they be exempt from President Donald Trump’s temporary ban on visitors from seven predominantly Muslim countries, administration officials said Monday.

"Pentagon Drafts List of Iraqi Citizens It Wants Exempted From Trump’s Travel Ban" is from the January 30, 2017 U.S. section of The New York Times. It was written by The New York Times and narrated by Fleet Cooper.