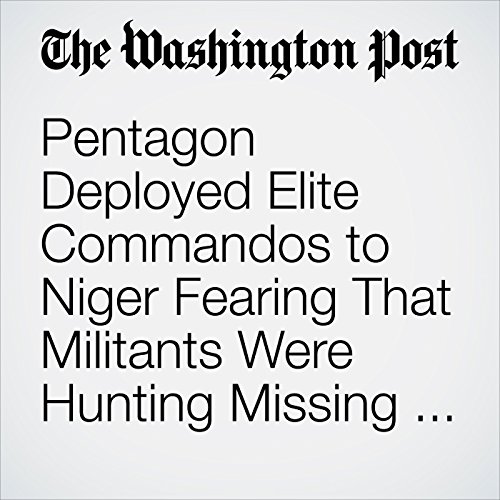 The Pentagon deployed elite commandos in response to the deadly ambush of a Special Forces team in Africa, fearing that one soldier who was missing at the time was alive and might fall into enemy hands, U.S. military officials said.

"Pentagon Deployed Elite Commandos to Niger Fearing That Militants Were Hunting Missing Soldier" is from the October 25, 2017 World section of The Washington Post. It was written by Dan Lamothe and narrated by Sam Scholl.