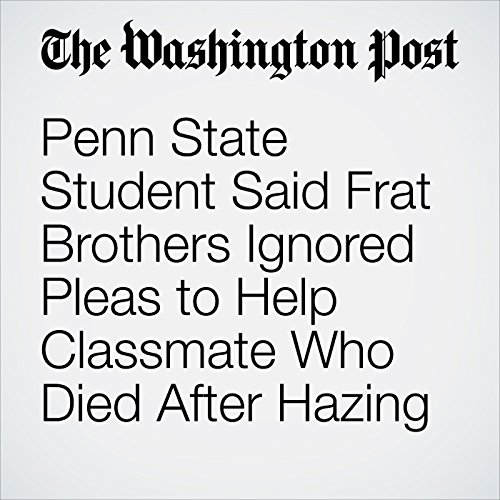 At first, Cordell Davis thought his fellow pledge had just had too much to drink, he said. They were new initiates to Beta Theta Pi fraternity at Penn State and had just run the gantlet — a series of stations where they guzzled beer, wine and vodka as fast as they could.

"Penn State Student Said Frat Brothers Ignored Pleas to Help Classmate Who Died After Hazing" is from the May 07, 2017 National section of The Washington Post. It was written by Cleve R. Wootson Jr. and Susan Svrluga and narrated by Sam Scholl.