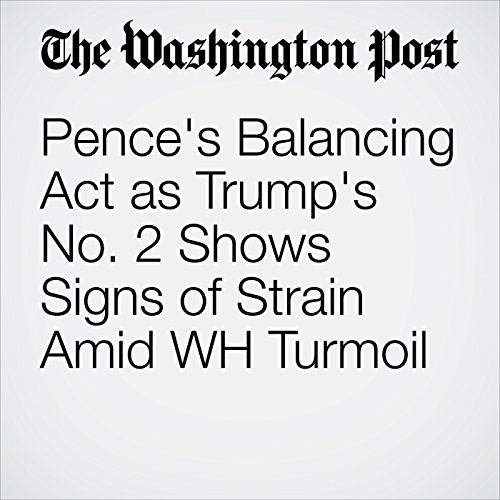 Vice President Pence turned 58 on the same day that two senior intelligence officials fielded questions before a Senate committee about the FBI’s ongoing Russia probe — and one day before fired FBI Director James B. Comey appeared before the same committee to discuss why he believed President Trump had acted inappropriately.

"Pence's Balancing Act as Trump's No. 2 Shows Signs of Strain Amid WH Turmoil" is from the June 16, 2017 Politics section of The Washington Post. It was written by Ashley Parker  and narrated by Sam Scholl.