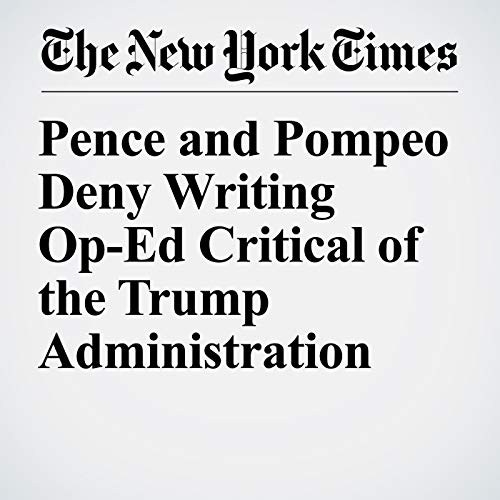 A day after a senior administration official described President Donald Trump as amoral, impetuous, petty and ineffective in an anonymous essay, the denials from the upper echelon of the administration started to roll in.

"Pence and Pompeo Deny Writing Op-Ed Critical of the Trump Administration" is from the September 06, 2018 U.S. section of The New York Times. It was written by Eileen Sullivan and narrated by Keith Sellon-Wright.