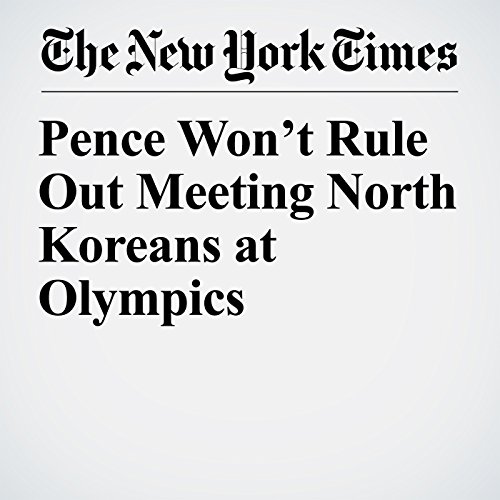 Vice President Mike Pence refused late Monday to rule out contact with North Korean officials when he attends the Winter Olympics in South Korea this week, saying, “I have not requested a meeting, but we’ll see what happens.”

"Pence Won’t Rule Out Meeting North Koreans at Olympics" is from the February 06, 2018 World section of The New York Times. It was written by Gerry Mullany and narrated by Keith Sellon-Wright.