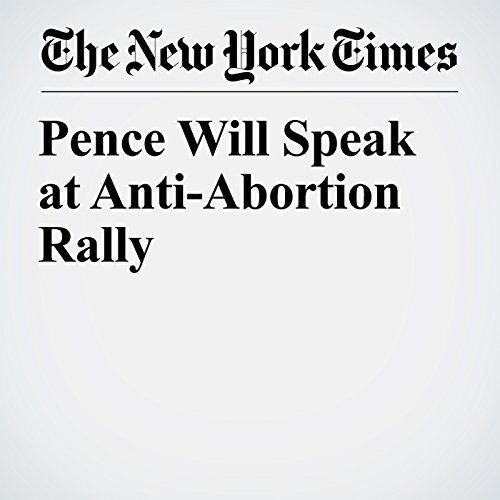 The organizers for the event, the March for Life, had extended invitations to President Donald Trump and Pence. A senior White House official confirmed that Pence would address the marchers.

"Pence Will Speak at Anti-Abortion Rally" is from the January 26, 2017 U.S. section of The New York Times. It was written by Jeremy W. Peters and narrated by Fleet Cooper.